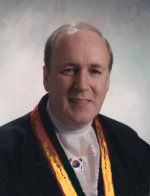 Grandmaster Timmerman began training in Holland, where he was born, and continued to practise in Canada after his family moved there in 1958. Originally he studied Jiu Jitsu and Catch as Catch Can, but when that was not available to him in Canada, he began to study the arts of Kuk Sool Hap Ki Do and Tae Kwon Do under Grandmasters Pak In Shyuk and Pak Sung Bok.
After a split occurred between GM Pak and GM Suh In Hyuk (who signed the original certificates Grandmaster Timmerman earned), GM Pak founded the art of Kong Shin Bup™. The art was essentially the same as the old Kuk Sool Hap Ki Do, but the name was changed to avoid trademark issues.
After Grandmaster Pak left the area, and KJN Timmerman was left without an Instructor, he sought out GM Suh In Hyuk in order to continue his training. He eventually became the Master in charge of Canada and the State of Michigan for the World Kuk Sool Association, and he worked diligently to spread the art of Kuk Sool until 1998.
He never stopped looking for his original Instructor, and in 1984 he found Grandmaster Pak in Edmonton, Alberta. There he worked for several months with Grandmaster Pak to train and help Grandmaster Pak finalize the Kong Shin Bup™ curriculum. While there, he tested and was promoted to 8th dahn Kong Shin Bup™ by Grandmaster Pak.
Before he left Edmonton, and because GM Pak had founded a new martial art called Tae Keuk Do, Grandmaster Timmerman was appointed as the Inheritor of Kong Shin Bup™. He immediately registered the name with the Canadian Government and trademarked the name. It is because of this, that out of respect to his former teacher, GM Timmerman is referred to by his students on a personal level, as "Saja Nim" (which means inheritor) rather than Grand Master. He has however, been recognised as a Grand Master by the World Council of Grand Masters.
After Grandmaster Pak passed away, and after he left the World Kuk Sool Association, Grandmaster Timmerman took over the leadership of Kong Shin Bup™ and began to further develop the National Korean Martial Arts Association he had founded in 1974. Since then he has assisted Korean style martial artists and school owners around the globe with training, testing, and certification without politics or unreasonable demands.
TRY A FREE LESSON THIS WEEK! CALL 07979544466 OR CLICK HERE TO EMAIL US 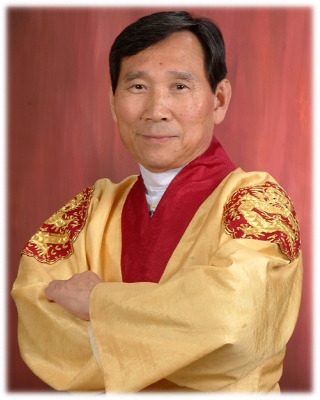 WKSA Grandmaster Kuk Sa Nim, In Hyuk Suh
Although Morecambe Martial Arts is no longer part of this organisation, this website would not be complete without mention of In Hyuk Suh, founder and Grandmaster of the WKSA. John  trained with In Hyuk Suh and his sons, Aex and Sun Jin Suh on many occasions and hosted four seminars for the WKSA at his Dojahng in Morecambe. John will always be grateful for the tuition and experiences which he recieved from Grand Master Suh's organisation.

As mentioned in the club history, it was a difficult decision for Master John to leave the WKSA, but the longer the academy enjoys the freedom of independence, the more it becomes obvious that it was indeed the right decision.

The quote below is attributed to GM Suh and it also accurately describes what John hopes to achieve through his school, except that now he is no longer restricted to purely Korean Martial Arts styles but can explore and integrate any and all martial arts knowledge into the curriculum.