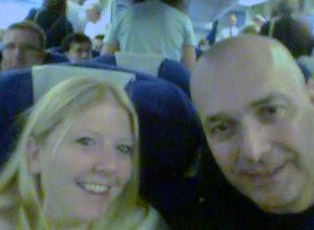 HOW FAR CAN MARTIAL ARTS TAKE ME?
Read this page and you'll discover the answer is....much farther than you might think!
Friday 6th August 2010. The start of a fanatistic journey and a great experience for John Ward and Instructor Angela Prince.
This section of the site details their journey and experiences as they travel around the country in their quest for more expert tuition and their next Dahn Grades!
Leaving from Manchester Airport the couple first travelled to Heathrow for a brief layover before travelling on to Newark Airport in New York. Arriving late afternoon they first had to pick up the hire car. No mean feat which took over an hour to acomplish. Newark is a VERY confusing airport!
But eventually they were in the vehicle, the Satnav had managed to discover where in the world they were, and they were on their way. Having been to the USA a few times before driving on the "wrong side" posed few problems and soon they were happily relaxing in their hotel in North Bergen. It had taken a bit longer than they had planned to get there so the original plan of spending an evening in the Big Apple was shelved and an early (by USA standards) night was on  the cards!
Next day however, after a DIY breakfast, they were off, via a convenient shuttle bus into the city.
TRY A FREE LESSON THIS WEEK! CALL 07979544466 OR CLICK HERE TO EMAIL US 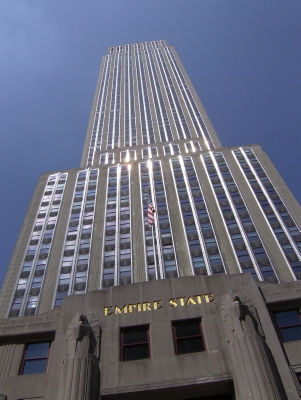 The first day in New York was a busy one to say the least!
After finding their way from the bus stop into the city centre, a trip up the Empire State building was decided upon. After negotiating the masses of street vendors selling tickets for the tour busses (which they also decided upon) up they went. first to the 86th floor, where you can stand OUTSIDE albeit behind a large safety cage and look down upon the buildings that looked SO TALL when you were on the ground.
What was most amazing awas the sheer speed that the lift rose up the 86 floors. It went so fast that everyone's ears popped on the way up! 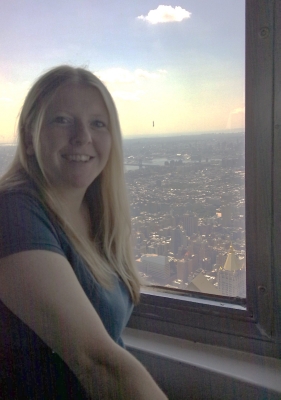 Then it was onwards and upwards to the 102nd floor. At this level you are confined to looking out from inside. Probably just as well as looking down THAT far is an unnerving experience!
Going up the Empire State Building is one of those "have to do" things when you visit New York. There are long queues but the view from the top is well worth the wait. 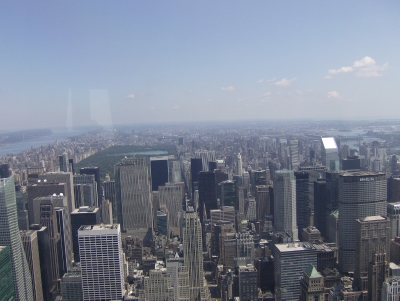 From here you could see just about everything in New York City. It was amazing to think that there were literally millions of people below you and so much traffic and yet you could hardly hear a thing. This picture shows a view of the city in which you can just see Central Park to the left hand side. Bear in mind that the park is 4 miles long, which gives you an idea of the distance and height involved. 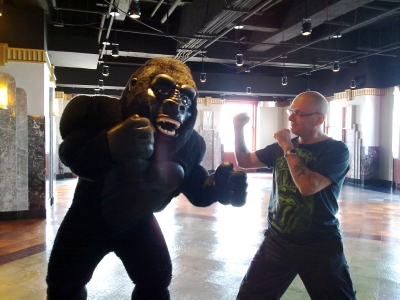 While waiting to go up, KJN John felt guitly that he hadn't done any training yet and took the opportunity to get in some sparring practise!! 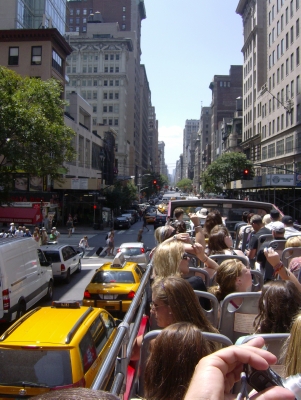 A trip to New York would not be complete without a ride on a tour bus, so armed with what they thought were three day tickets they jumped on the first bus they could find. This was a fascinating tour which took them all over the city and had the benefit of a very knowledgeable guide and driver. Due to some film work, the tour was diverted  which led to the driver showing us some extra areas of the city which do not normally get covered.
Apparently it is not at all unusual for entire streets to be closed for the making of movies. New York is probably the most filmed city in the world. The fees charged by the city for closing streets in this way can go into $millions.
The trip went all around Central Park and through the poorest areas of Harlem and on to the richest areas of the city where some huge 20 plus strorey apartment blocks are owned by no more than 5 families! It was indeed a fascinating journey, if a bit hot in the 90 degree sunshine! 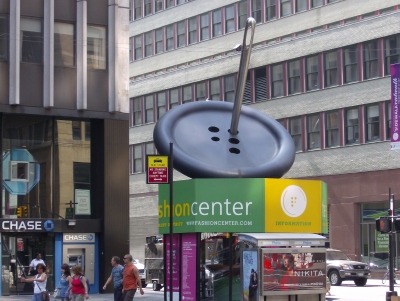 The bus wound its way through the city, passing through what is known as the fashion district where this huge button lets you know just where you are! 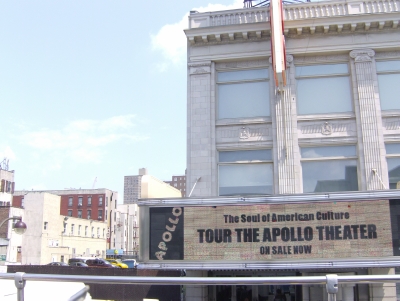 On its journey the tour took in sights such as the Appollo Theatre, which was actually much smaller and less imposing than was expected. 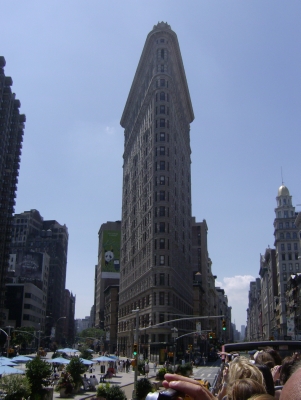 There were too many sights to list them all, but this is one of the most famous buildings in New York. It was built on a strangely shaped piece of land that noone else could think what to do with. The resulting shape earned the building the title of the Flat Iron building.

AT LAST SOME MARTIAL ARTS! 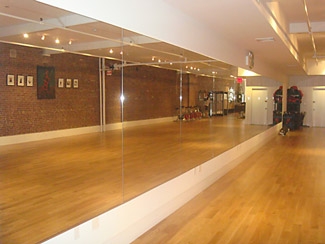 Later the same day, remembering what they were there for, the pair took themselves off to visit the very friendly people at Andersons Martial Arts on Broadway. They spent some time with the instructors there and aranged for a second visit on the Monday to take part in some more training. Unfortunately plans did not go as they hoped and this had to be missed, as you will read later!
Here is the great facility that they missed out on. Oh well, another reason to go back!
On to China Town..click here...