It would take an entire website to list details of every student who started as a complete beginner and reached Black Belt under KJN John and SBN Angela's tuition, as they number well over 50!
Naturally, for many, just reaching this worthwhile goal is enough and once achieved they go on to other activities. But we are fortunate at our academy that we have a number of loyal and enthusiastic black belt students, who are continuing with their own training as well as assisting with teaching others and helping the academy to grow.
On thia page you will find details of our Senior Black Belts/Instructors.
Click Here for our Youth Black Belts 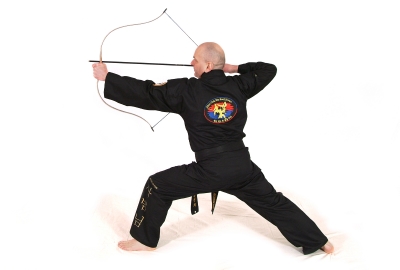 Your principal instructor is Kwan Jang Nim (KJN) 6th Dahn Senior Master John Ward, pictured left. John's first Instructor was KJN Phillip Hinchliffe of Kuk Sool Won, but he also recieved a great deal of valuable instruction  whilst a member of that organisation, from JIKJN  David Williams, now resident in Calgary, Canada. However during his martial arts career, he has also been taught by JDKJN (7th Dahn) John Ives and JIKJN John Watson. He has also attended many seminars with Kuk Sa Nim In Hyuk Suh and his sons, Alex and Sung Jin Suh. His current Instructor is 9th Dahn Rudy Timmerman, who is also Grand Master of NKMAA. He has travelled estensively to improve his knowledge, visiting Europe, USA, Canada and South Korea.
KJN John was UK Senior Grand Champion in the UK WKSA Tournament in 1999, 2000 & 2001. In 1999 he was a gold medallist in the World Championships held in Houston, Texas, USA and later achieved three medals, second, third and fourth place in the 3rd Dahn Category at the 50th anniversary competition in Katy Texas.
He has also competed sucessfully in many "open" competitions (those open to all styles of martial arts) and has won a number of first second and third places, often against much younger opposition. In 2009 he was a National All styles UK Champion.
As recently as October 2019, at the age of 64, he brought home Silver and Bronze medals in a national tournament in Peterborough. His competitors ages ranged from 18 through to 40 something, with KJN John being by far the eldest.
John has been teaching Korean Martial Arts since 1999 and in Morecambe, since June 2003.
Since then over 40 Morecambe students have reached the coveted rank of 1st Dahn Black belt and one, Angela Prince, now a partner and Senior Instructor in the school has achieved her 4th dahn. The school now has several more students who are approaching black belt testing and more who are in the process of testing for second Dahn and above. John currently holds the rank of 6th Dahn in Kuk Sool Hapkido, 5th Dahn in the tough art of Kong Shin Bup and 4th Dahn KSW. He is beleived to be the only instructor in the world to hold thes ranks.
Apart from when Master John is on holiday or away training.testing, all classes are currently run by him and his 4th Dahn (assistant Master) partner Angela.
TRY A FREE LESSON THIS WEEK! CALL 07979544466 OR CLICK HERE TO EMAIL US 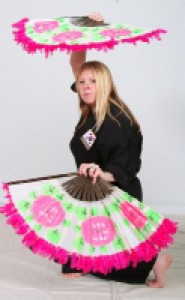 SBN Angela was one of early members of the Academy. She initially phoned asking about classes for her son Connor. Sadly he was too young at the time, but Angela joined up anyway! (Connor later went on to to start training and reach 2nd Dahn).
Like KJN John, Angela has competed in many tournaments and won a number of Gold medals. She has also travelled entensively throughout the UK, Euope, USA and Canada for training and has visited GM Timmerman in Canada for training and testing five times.  Angela has worked hard in her training and currently holds the rank of SBN, 4th Dahn, also known as Assistant Master.
She has helped with running the Academy since she was a Brown Belt and swiftly became an important part of the team She and KJN John are now also partners in life as well as in martial arts.. Angela is present at all the classes and is working hard towards her next goal of 5th Dahn, Master level instructor, which she hopes to test for next year.
TRY A FREE LESSON THIS WEEK! CALL 07979544466 OR CLICK HERE TO EMAIL US 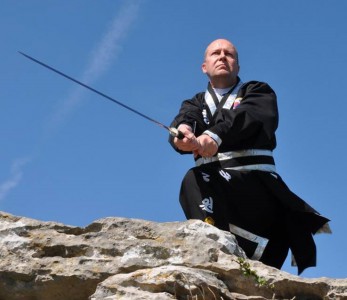 KSN Chris, has been a member of the Academy for well over ten years. His wife Ann-Marie and son, Alex are both 1st Dahn Black Belts.
As well as reaching his 2nd dahn, KSN Chris has also completed our Instructor training programme and is a regular instructor at both Junior and senior lessons. Known for his meticulous attentuion to detail, KSN Chris is a popular member of the team. Always ready to help new students, he is a stickler for detail and the "go to" instructor when anything  needs "fixing".
He is currently working hard towards his 3rd dahn and when he achives this, he will be one of a small number of students to get that far in his training, which takes years of committment and hard work.
TRY A FREE LESSON THIS WEEK! CALL 07979544466 OR CLICK HERE TO EMAIL US

Click Here for details of our Youth Black Belts