Not quite to plan.. 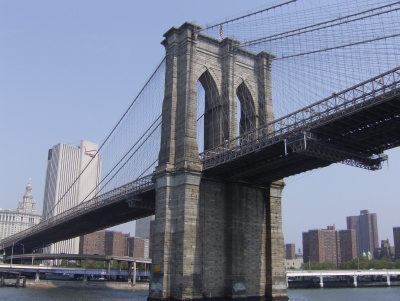 Monday was planned to be the last day in New York City, finishing with training at both Andersons Martial Arts and Kuk Sool of Manhattan. However not everything went to plan!
The day started OK. Checking out of their hotel John and Angela drove into the city intent on taking a boat trip to see the Statue of Liberty.
The first problem was parking anywhere near Battery Park where the boats departed. Eventually they found an underground car park. It semed a bit expensive at $35 and they were a bit concerned when the attendant checked underneath their car with mirrors, presumably for bombs! All would become apparent later that day.
After spending a pleasant hour or so in the park they got onto a sightseeing boat which went all the way round to Brooklyn Bridge and then returned via Liberty Island and stopped very close by, so that a good view of the Statue could be obtained. 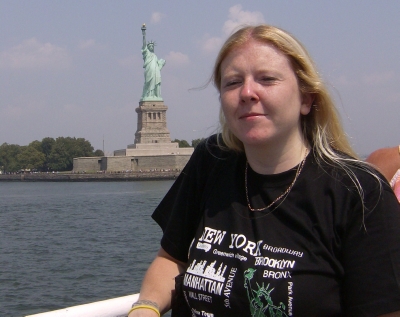 Although they didn't stop on the island itself they were quite happy with their trip. It lasted just over an hour which in 90 degree heat was plenty long enough!
Returning to the car they found the street where the car park was and the answer to the question of why it was so expensive and why the security checks. They had chosen a car park on Wall Street, one of  the most secure and expensive streets in the world!

ON TO SOME TRAINING...THEY THOUGHT! 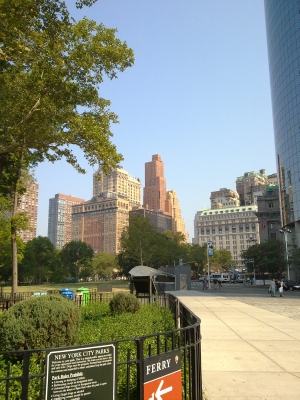 The next part of the plan was to buy some weapons for training that night and for use in their forthcoming test. It had worked out cheaper to buy new wooden swords and staffs rather than pay the extra carriage costs to get them onto the plane.
Taking advice from the instructor at Kuk Sool of Manhattan they found a martial arts supplier just round the corner from his dojahng. Paying what they thought was the appropriate parking fee they walked round to the shop and duly purchased the weapons. Returning to the car they were dismayed to find a parking ticket for $115!!! Apparently it was a commercial area and there was no public parking allowed.
Feeling disgruntled they searched around but could find nowhere to park for the lessons they had intended to take that evening and eventually, in a rather sombre mood they decided to depart early to their next destination of Buffalo, where they were due to meet Grandmaster Jeff Everetts the following day. Having missed what they had hoped was going to be two good training sessions and not actually knowing where they were going to spend the night, they were not particularly happy as they hit the highway. But things have a habit of turning out OK in the end.....
An "unexpected" Grandmaster, Buffalo and Niagara...click here...